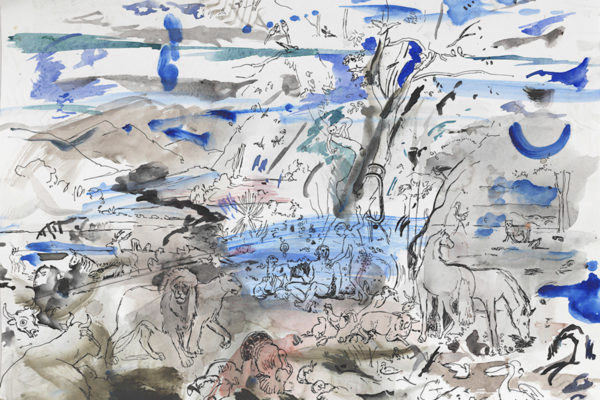 Cecily Brown: Rehearsal is the artist’s first museum show on the West Coast and the first exhibition dedicated to her drawings.

Arranged thematically, the more than eighty small drawings, large-scale works, and sketchbooks on view will foreground Brown’s iterative reworking of motifs from her wide-reaching arsenal of source material—prints by eighteenth-century draftsman William Hogarth, pages from animal clip-art books, and the cover of Jimi Hendrix’s 1968 album Electric Ladyland are just some of the images that Brown has rendered again and again in her own hand. These drawings are not studies for her paintings but rather a distinct form of aesthetic inquiry, one that isolates the investigatory impulse that grounds Brown’s art in general.
Read more